has not been a good week... 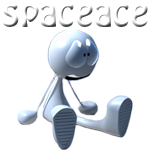 has not been a good week...

my mother had 4 children. two daughters and two sons. my mother passed in 2015. starting from the youngest to oldest. there's me(Darin), Tony my brother, Tammy, and Barbie. 3 days ago, Tammy sent me a message that the oldest, Barbie, had passed away. growing up was with my mother and sister Tammy. Barbie and Tony lived with their father and i hardly ever got to see them till i was 17. they were raised on different morals than me and Tammy and we never really got along nor got to really know each other. so, i've lost my eldest sibling. my week does not get better...

when my daughters, i have 2, were around 2 years old, they will be 23 and 24 this year, my wife and i got them a kitten. well, as kittens turn into cats, this cat had some personality. he would open the windows in our living room so he could go outside and it didn't matter to him if it was summer or winter. oh, and he never closed them. well, last night he passed away. now i'm not the type of person to get attached to animals. i've had to put down so many of my own pets growing up that you grow a pretty thick skin. doesn't mean i don't care because i do care. but that cat is harder to deal with than the death of my own sister. i will bury him after i get home from work today.

on top of all that, i've just got so many things going wrong lately that i just don't know what to do anymore. i don't think of myself as old but i will be 50 in July and i feel old... very old. i worked as a concrete finisher for almost 17 years. it's very hard work and my body is pretty wore out. when i stopped working with concrete, i worked for a pig farmer for 3 years. ended up getting very ill and found out that i had picked up an intestinal parasite that completely shut down my digestive system. was not good but the doctor found it and i got treatment. not the end however as it damaged my digestive system that i still have issues with. that was almost 4 years ago. so there's that, plus being wore out does not go good together. plus many other issues with health, vehicles, work, etc, but that is where i'm at now and nothing i can do to change things.

at some point, i will be posting some pictures of family members including pets as they are family too. hope everyone has had a better week than me

tough spot man, I feel for you.